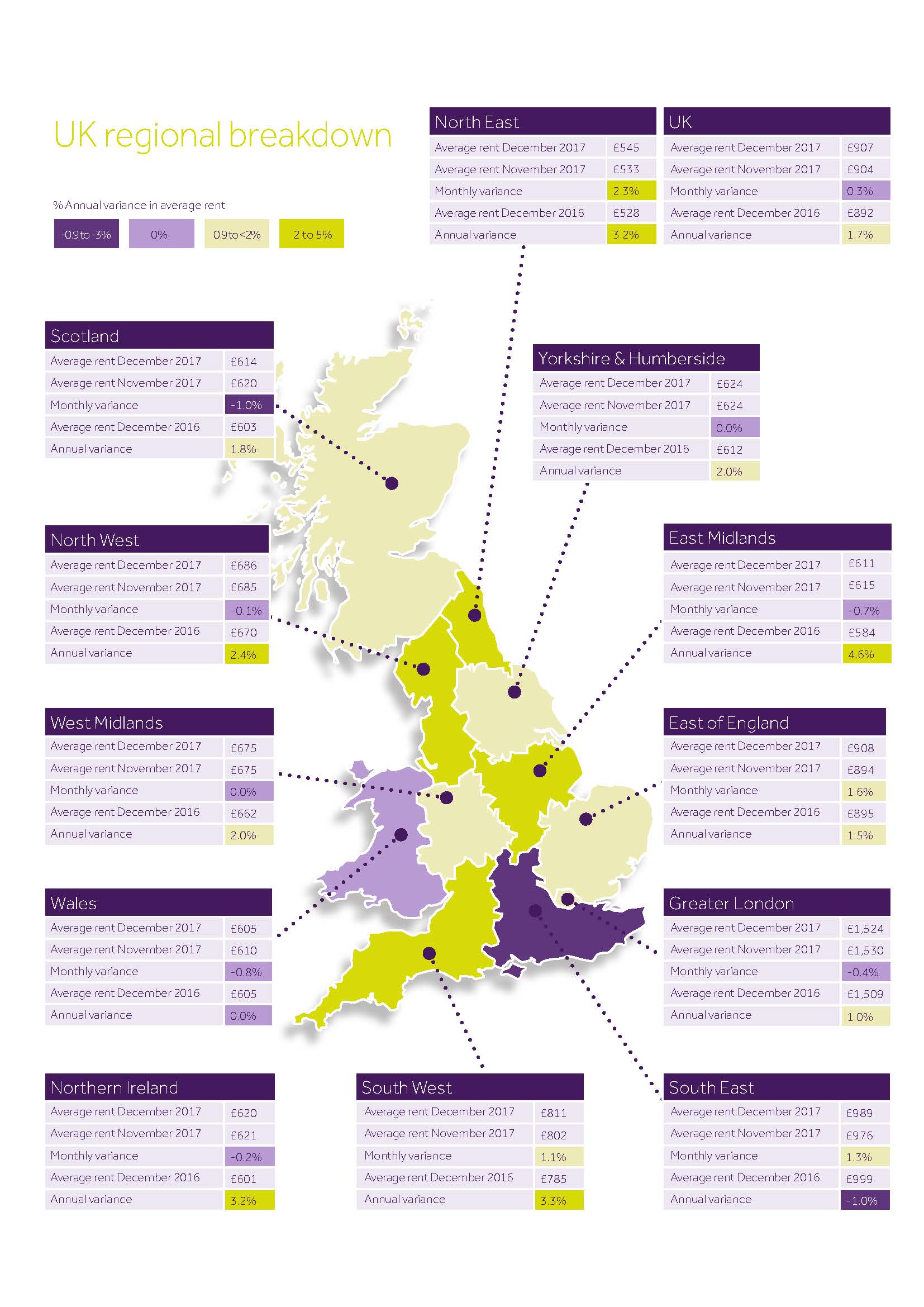 Rents are rising but at a slower rate than before. This is good for both landlords and tenants as such rises are sustainable.  Landlords have got some capital growth and will benefit from higher yields but it is also good news for tenants that increases are modest. Wages are likely to be rising by more than rents and realistically, landlords are unlikely to put up rents on an existing tenancy by 1%, choosing instead to apply a bigger increase onto new tenancies.